- January 25, 2020
Go see this in the theater as soon as you can, and before you hear a lot more about it. Spoiler free thoughts below. 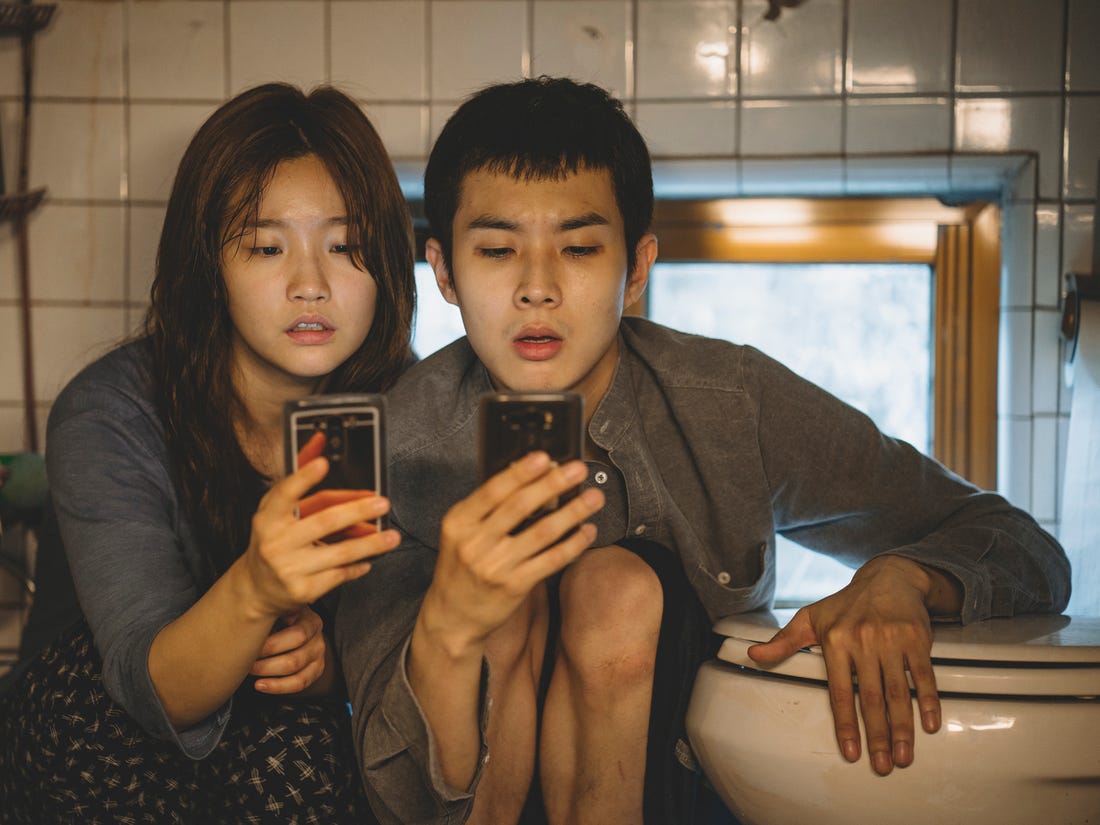 This film is a masterpiece, and that is all you really need to know, but I've tried to gather some thoughts here. To write about this experience and film while not spoiling anything for you is difficult, so apologies if this lacks substance.

The basic gist of the film is simply that a family of four is struggling to get by when an opportunity presents itself. The son, played by Woo-Sik Choi, gets an in with a well-to-do family as a tutor. This opportunity grows into something unexpected.

First bit of advice: don't let subtitles scare you, maybe you have never seen a foreign film, or have a hard time getting used to reading a movie. You'll forget you are doing so within about 5 minutes, it's that good. The characters, every single one of them is astonishingly well developed and believable. The dialog is fantastic.

Second bit of advice: the title could be misleading to you. It might make you think of a horror or scary film. It is not that. It is, however, at times suspenseful as hell. Certainly has some horrifying moments.

Every award this is nominated for is deserved, and it's the best thing I've seen in years. Creativity, originality, composition, it's honestly a chore to find any flaw through the first viewing.

This is a film about class division, the haves and the have-nots, something nearly everyone can relate to on one side or the other. Seeing that through the lens of another country is intriguing. It highlights (for me anyway) that we are so much more similar than we are different. Regardless of where in the world we reside, what language we speak, and what we believe or do not believe in, class struggle is everywhere.

I'd be surprised if I see anything this good again this year. I've still got to see a few of the Best Picture nominees, but of the (3) I've seen so far, this is the clear winner among them by a wide margin. I suspect it will win several more awards before it's through.

This film will make you laugh, make you cringe, make you angry, make you sad, and likely scare you a bit. Uncharacteristically I didn't cry, but it makes you feel deeply. Visually, it's a stunner. Clear nods to Hitchcock throughout, big wide camera shots, everything in its right place.

I'll be thinking about this one for awhile and I look forward to your thoughts. Perhaps I'll follow up as time has passed and more folks have seen it. There are so many things to discuss with spoilers.

PS: If you want to view the trailer, seek it out but I would encourage you to see it without viewing that if you can. The less you know, the better.

Oh Hell Yes! First up in my year of free movies at Essex Cinema is ' Knives Out ,' trailer below. This film stars James Bond, Detective Sonny Crocket, and two Captains (Von Trapp and America) among other fine people and is directed by 'The Last Jedi' guy  (I don't care what you thought about that film, but I enjoyed it). So you know you are in for the good stuff! SPOILER ALERT, I'M NOT SPOILING ANYTHING. Anyway, I had little knowledge beyond the trailer going into this. I wanted to catch it before it left theaters because I've been hearing people enjoyed it. I was, admittedly a bit concerned because I do see Daniel Craig as pretty much only Bond, but he was great in this even with his...surprising accent, which the film does a good job making fun of so I'll not bother.The trailer also provided me with deep nostalgia for the movie 'Clue' which I loved, and I was again worried this might try to copy that formula, but this whoduneit stood o
Read more